Music – My relationship with God 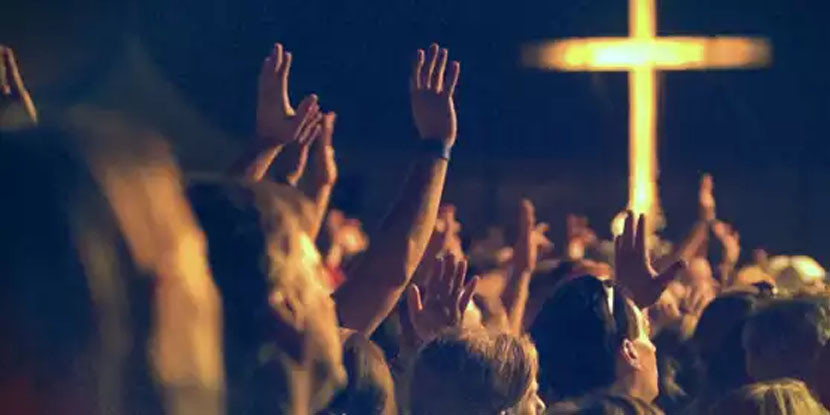 “What kind of music do you listen to?”

This is the question I get asked quite a lot. Some moments I dread it, some moments I love to share my views about it…

Now many of you may know I love my music, while writing this blog post I had Spotify playing in the background. I have to have music on for most of the day, its what helps me focus.
So what kind of music do I listen to?

My answer is Christian Music.

What else? People ask… Christian music. Now a lot of people including fellow believers get caught up in thinking Christian music is just the style you sing at church (mainly hymns) which have been given a bit of a bad rep, due to how it sounds, and so they seem shocked that I just listen to that.

But what people don’t know is Christian music can be anything. Pop, Rock, Hip Hop, Country, Jazz, you name it… there’s a Christian band that’s in that style. And I listen to a bit of everything.

So do you listen to Secular (Non-Christian) music?

No, not really. In the past there’s been a couple of songs or artists that I’ve listened to and I’ll explain a little later on as to why.

So why do I only listen to Christian music you ask?

Well the reason is I feel songs and music, was a gift from God. Throughout the Bible we see a lot of people crying out in song, singing praises to God. But then there’s also the songs of prayers, people’s cry for help. And that’s what I feel music is intended for.

“Sing to Him, sing praises to Him; tell of all His wondrous works!”

That verse pretty much sums up my whole ‘music’ life. My whole life really.

Now before anyone takes this the wrong way, I’m not saying that people who listen to secular music is wrong and they shouldn’t be doing that. These are just my views and opinions and I respect everyone else’s opinions and preferences.

“What about entertainment… People listen to music to be entertained. That’s why I listen to secular music.”

And, yes I agree with that.

If we jump back in the Bible, not only was music there so we could worship, it was also used to entertain. When King Saul was tormented by evil spirits, he would call on David to play the harp in order to soothe him. 1 Samuel 16:14-23

So going back to what I said before about listening to secular music. I used to listen to some artists such as Florence and the machine, and Katy Perry. The reasons why… I saw things in the lyrics that pointed to Christ.

I’m very much a person who listens closely to the lyrics, and so if there’s any swearing in it or if I don’t see anything relating to Christ in it then it’s not for me.

This verse was taken from a Psalm, which is a song/hymn, written by David. And it’s what I agree with. We’re called to worship God. The reason we were put on this earth was to have a relationship with Him. And music has become one of the foundations for me in that relationship, along with prayer and reading His word. It’s not only a reminder of how Great our God is, but it also reminds me to seek and praise Him daily.

Having those moments of praise through listening to music on the train, in my room, while I’m working away on the laptop makes my day even better, because I’m building my relationship with God and living on that foundation of knowing He’s always with me, no matter what.

So I encourage you, to just think about the reasons as to why you’re listening to certain types of music you are.